Introduction:City of Kolkata is a conglomeration of 3 villages:

The drainage system dates back to the 1870’s (town system) and was constructed under British Engineers supervision. Sewer Cleaning / Sewer Rehabilitation was very much in need. The following are the catchments that now exist:

The following problems have been identified in Cleaning the Sewers to date:

The original scope of work was for the Open Cut Replacement of 36.271 kms of brick sewer ranging in sizes from 600mm to 1500mm x 1100mm. However, it has now been decided that open cut is not an alternative.

Historically, there has been low to zero maintenance of the system and Sewer Upgrading was very much needed. In general the majority of the sewers are over 50% silted. The brick and mortar have degenerated leading to poor structure and serviceablility. In 2005, there were 72 reported Sewer Collapses. Maintenance to date has been reactive rather than proactive. The presence of heavy metals in the sewers combined with ash and grit have made the de-silting of sewers by manual labour hazardous.

After deciding that open cut was not an alternative, KMC decided to clean the old sewers using trenchless, non-man entry technology and sought information from experienced contractors. USSR LTD is the first contractor to start the Sewer Upgrading cleaning operation in Kolkata by non man entry Waste Water Recycling Equipment. The aim of this Project is to:

USSR Pvt. Ltd, the Indian Counterpart of USSR LTD along with one local contractor Progressive Construction Co. was awarded the contract to carry out Phase-1 of the project. Phase 1 of the project involves Desilting and CCTV Surveys of the following diameters:

An example of the volumes of silt that have been removed to date on sections of brick sewer can be seen in table 1.0 below:

As a result of the Manhole Survey and Pipelines Survey a proposal for Sewer Rehabilitation and Manhole Rehabilitation was submitted on request. For more information contact USSR Ltd. on +353 1 4564991. 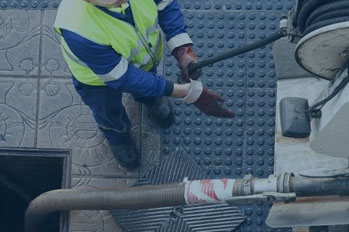 We require an experienced sewer relining technician to join our team of highly qualified staff.